A Million in Prizes

“I wake, my not-yet-self / projecting back on the life I rise into.” That’s but one example of the kind of logic (and syntax) that informs the poems of A Million in Prizes, a logic that often resists initial sense, only to reward with a clarity and maturity of insight that make these poems more powerful—more persuasive—with each reading. It’s as if Justin Marks had mad a sort of Möbius Strip out of sense and an uneasiness with it, where it becomes difficult to know exactly where one begins and the other ends.

Another Möbius Strip here: the one that’s made from a seeming detachment and a fierce compassion for life in all of its ephemeral ordinariness, what can suddenly resonate where least expected. Salinger, O’Hara, Baudelaire all come to mind, but finally the voice and sensibility here, like the poems themselves, are utterly Justin Mark’s own. A Million in Prizes seduces in the best way: subtly, with a poignant wit, and a sly charm.

—Carl Phillips, from the Judge’s Citation 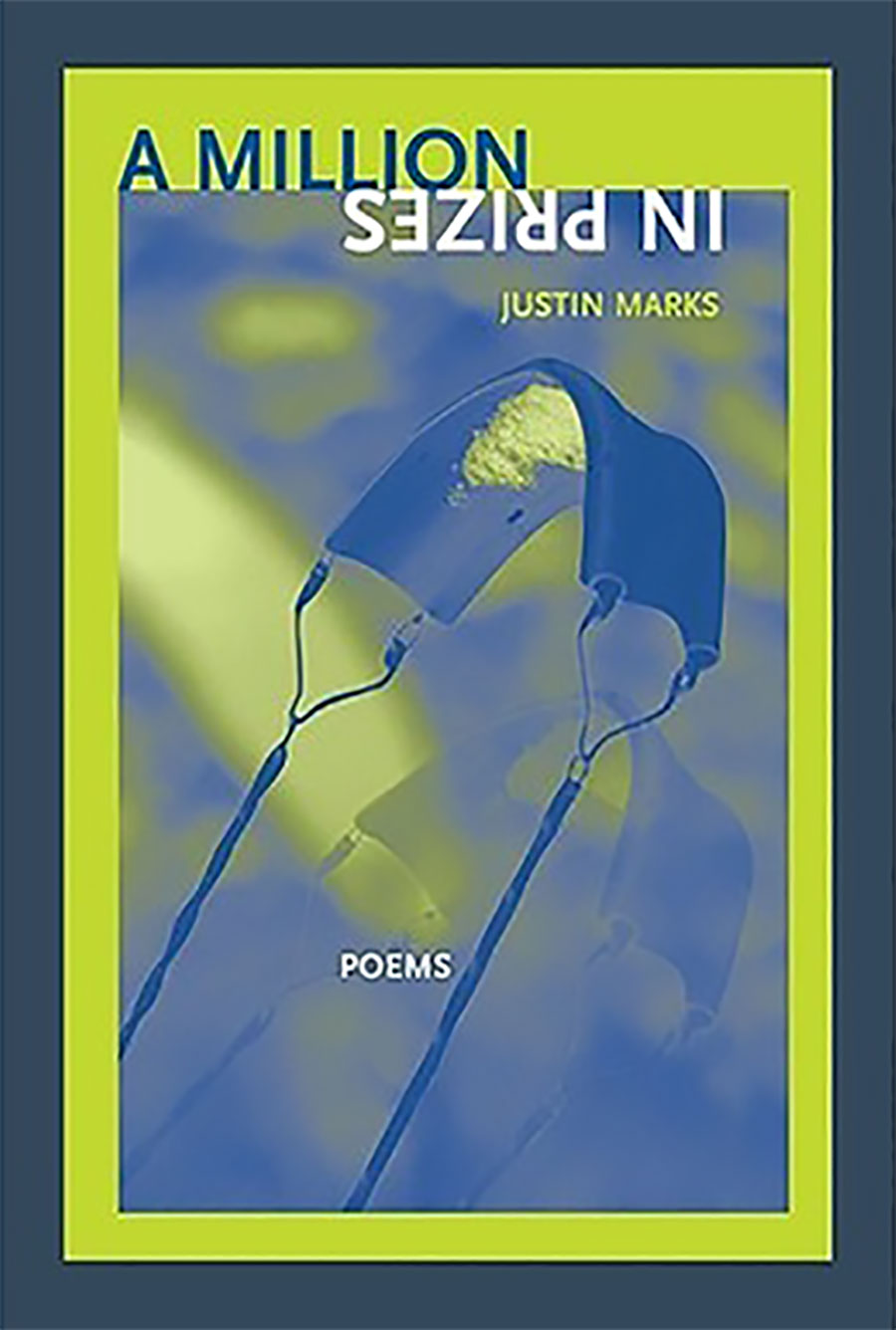 Here is a rarely expressed self-awareness that accedes as little to words as it does to the pain of the condition itself.

With A Million in Prizes, Justin Marks dares to amplify his interior voice, broadcasting from ‘inside the megaphone’ the rumblings of a discontented, anxious self who discovers just enough pleasure in his daily routines, domestic scenes, and misfiring memories to admit ‘how glad I am for the orbit I inhabit.’ His poems are by turns philosophical, nostalgic, and subtly humorous, as he insistently disassembles the barriers between himself and his readers in a generous act of intimacy.

…the book distinguishes itself from other debuts in that it doesn’t seem like a first attempt. It’s all killer, no filler. The maturity of voice is evidence that Marks has been writing poems for a long time and will continue long after this collection; A Million in Prizes is a snapshot of what he’s been up to lately.