You’re Going to Miss Me When You’re Bored

The poems in You’re Going To Miss Me When You’re Bored integrate the sublime and the mundane, the destined and the happenstance, the dire meaningfulness of the moment and the absurd lack of consequence in the infinity. In some, the trivial becomes transcendent and in others, the transcendent turns out to be a mirage. Justin Marks treats both moments with equity, qualifying epiphanies and salvaging disappointments.

Marks confesses to “not seeing what’s here / for amazement that it exists,” but for the reader, what’s here is exhilarating. Each poem feels like a realer version of a reality show, and everything buzzes with a sense of possibility or precariousness, “the ant [he’s] about / to flick from [his] foot” or the fact that he “saw a femur once.” What pervades this book is the feeling that, at any second, we too could see a femur. 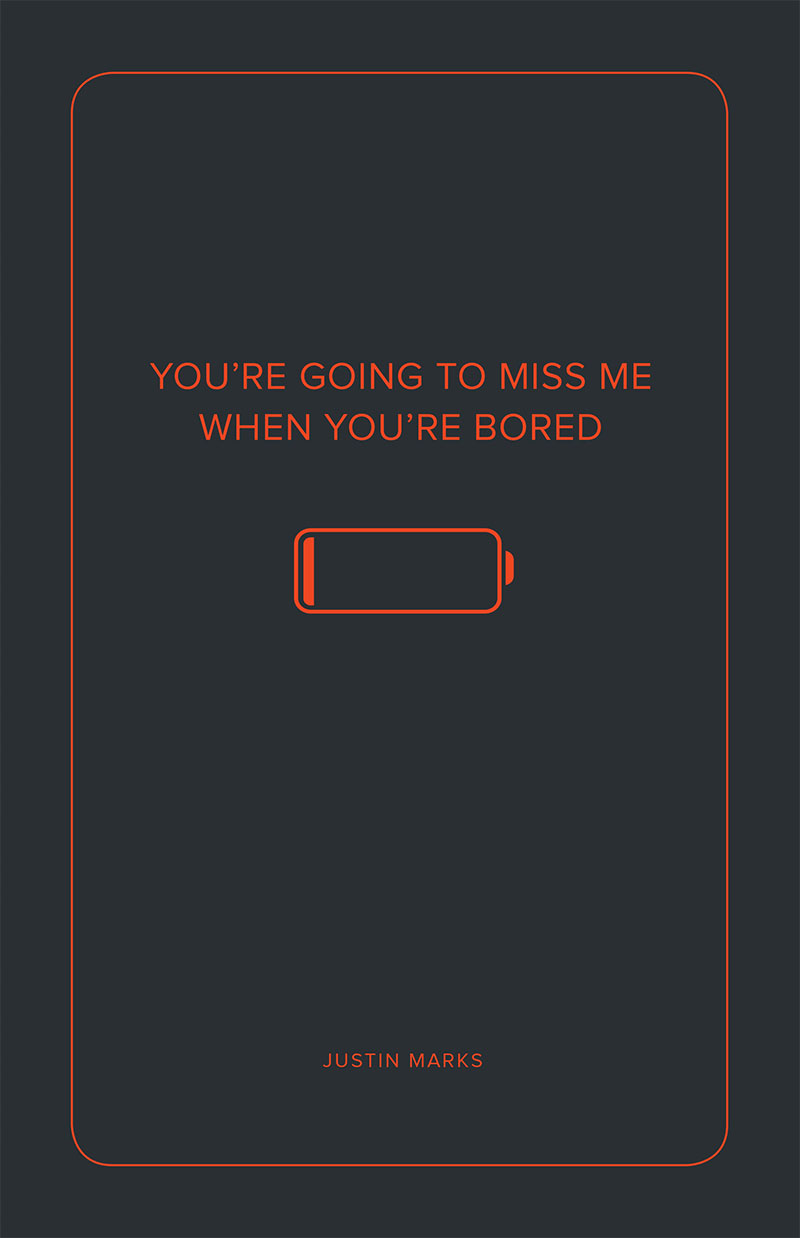 Justin Marks has a problem. He’s a poet who hates poetry, which is good for us. We don’t want poetry. We want lies. That’s where the art is.

These poems move like hitchhikers: reckless but driven, youthful but wise, their eyes on the destination and their baggage ﬂying every which way. Hop in, Justin Marks. Let’s get out of here.

With a voice like an antenna, Marks sifts through the strata of reality—the sex and death, work and time, uncertainty and enigma—to present us with a life where the malady is the melody. These are lonely poems, bearded poems, wet dream poems, lunch poems, poems of the roomy heart, and undeniably human poems. You’ll go: Me too.